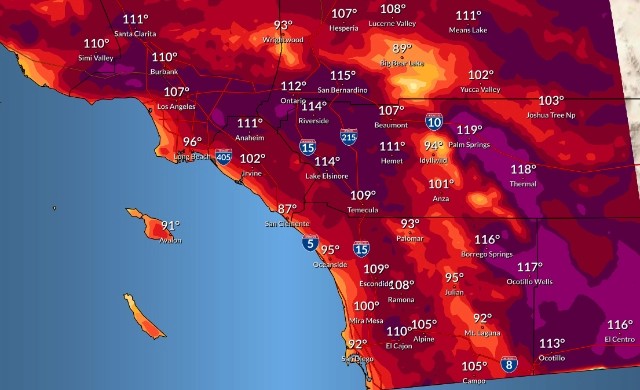 California entered a searing heat wave last week, with unprecedented September temperatures smashing records across the state. Record temperatures are fueling record demand for electricity, straining the electric grid to its breaking point and increasing the risk of power outages. When California’s governor proclaimed a State of Emergency on August 31st to increase energy production and reduce demand, Leap was already mobilizing our partners in California to dispatch flexible support to the grid throughout the heat wave. 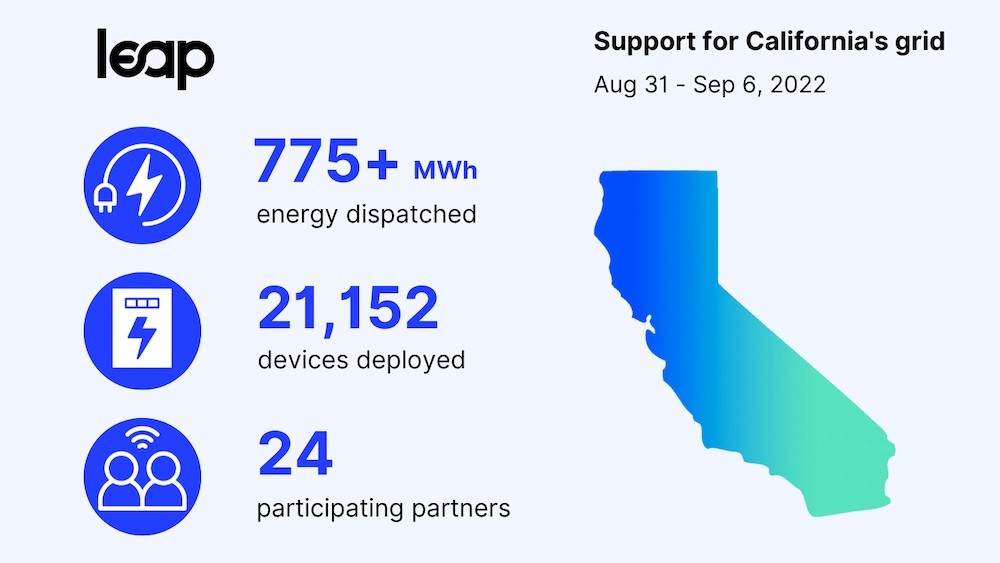 So far, Leap has responded to the extreme heat with 77 MW of flexible capacity, aggregated across our partners’ networks of smart energy devices. We activated a portfolio of 21,152 distributed energy resources to respond to grid events, delivering over 775 MWh to support the grid between August 31st and September 6th.

In the 24-year history of CAISO, peak load has only risen above 50 GW twice. Yesterday, (September 6th), CAISO broke a new record, surpassing 51 GW in demand at system peak.

This is climate change in action, with heat waves becoming more frequent, more intense and longer in duration each year. Thanks to demand-side efforts like Leap’s response, grid operators were able to shed enough load to avoid triggering blackouts in California yesterday.

Leveraging demand flexibility solutions will be increasingly crucial to maintain grid stability in the future. Leap and our partners are proud to be providing essential support to the grid in order to keep the lights on in communities across California and beyond.