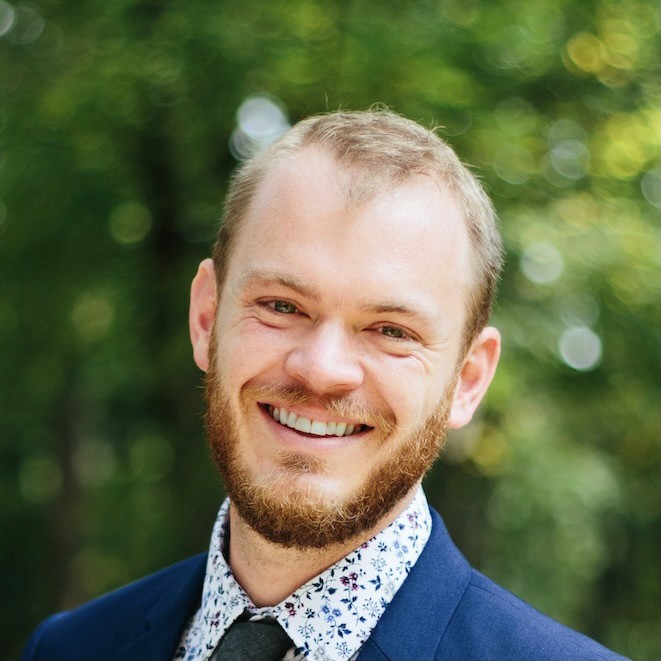 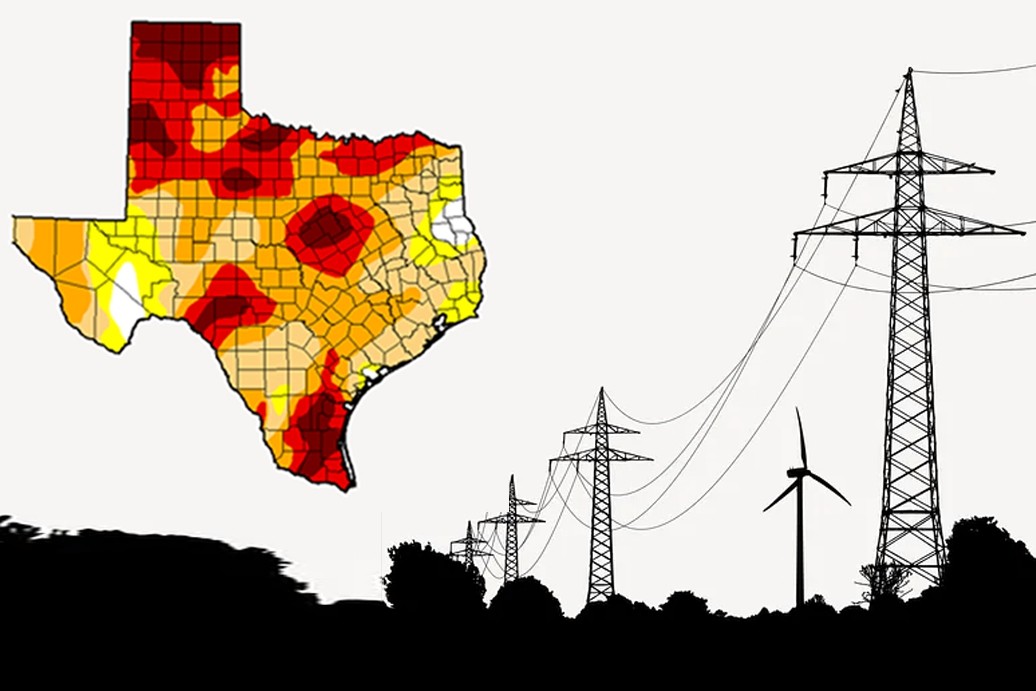 “The ERCOT region is expected to have sufficient installed generating capacity to serve peak demands in the upcoming summer season, Jun - September 2022, under normal system conditions and most of the reserve risk scenarios examined.” - Summer 2022 SARA Report [Emphasis added]

The Texas grid is recovering from last week’s early season heat wave that was threatening enough for ERCOT to issue public calls for conservation. Meanwhile, ERCOT has released its SARA (Seasonal Assessment of Resource Adequacy) report for summer 2022, as well as May’s CDR (Report on Capacity, Demand, and Reserves). The SARA gives an outlook for the upcoming season, while the CDR covers a longer period from 2023 through 2032.

Both of these reports assess Resource Adequacy, a topic which has inserted itself into public consciousness following the Winter Storm Uri blackouts. With ERCOT’s forecasts and operations facing increasing attention and skepticism, these reports are important because they provide a view into ERCOT’s planning and how it approaches risk management with respect to generating resources. Today, we’ll dive into key insights from these reports and assess ERCOT’s approach to forecasting.

For the upcoming summer season, ERCOT’s adjusted peak load forecast is 77.3 GW. The previous peak demand was 74.8 GW in August of 2019, so this forecast is a material increase over the previously observed peak. On its own, this appears to be a lesson learned following recent operational difficulties. Increasing the forecasted peak demand by several GW feels more realistic than previous estimates, but the reports still remain more optimistic than many Texans believe is warranted.

ERCOT presents seven scenarios in these reports, only three of which consider thermal generation outages exceeding the average historical unplanned outage amount. Outages of these resources were the primary driver leading to grid-preserving blackouts during Uri, while scheduled maintenance and unanticipated outages of these resources also contributed to the recent heat wave scare. When building these scenarios, ERCOT should consider their correlation with previous peak days, the related weather conditions and likelihood of forewarning. Heat waves tend to be forecast with greater certainty beforehand compared to winter events. Having this larger warning window should (and does) affect the availability of generation.

In two scenarios, ERCOT does predict a reserves deficit, even after activating emergency resources. In these scenarios load is high or extreme, unplanned thermal outages are extreme (~9.6 GW) and renewables are either typical or wind is low; the total thermal outages are ~13.7 GW (planned + unplanned).

Early May is typically the tail end of shoulder season. However, this past week, temperatures were already at high summer levels and planned (16 GW) plus forced (~3 GW) outages totaled nearly 19 GW on Friday, May 13th, 2022. This is a difficult combination of early season hot weather, planned outages and forced outages - but it's a scenario that’s more likely to occur going forward and needs to be fully accounted for in the forecasting process. Additionally, the forecast should consider weather breakpoints which can affect the operational capacity of equipment. The highest load is correlated with the highest temperatures, and the operational capacity of generating facilities begins to deteriorate past various temperature thresholds.

The forecast also doesn’t consider any potential summer outage impact from ERCOT’s decision to require plants to defer scheduled May maintenance so they could stay online during the May heat wave. Many of these plants were run hard this past winter, and then also saw heavier than normal duty through the recent shoulder season heat wave. At a minimum, some of this deferred maintenance will be pushed into the summer. And, the heavier-than-normal usage coupled with the deferred maintenance may also result in the required maintenance being more extensive and taking longer than would otherwise have been the case. So, unadjusted historical summer outage rates may not be the best metric for assessing reliability in this case.

What about the future?

Moving into the CDR, summer forecasts follow a trend of small linear increases in demand over the study period. This is somewhat odd given the jump in forecast peak load this year. Ignoring all other load growth, ERCOT is predicting massive growth in demand by data-intensive facilities (bitcoin mining and other data centers) as part of its Large Flexible Load Task Force. Projections published as part of its April 26th, 2022 meeting indicate load growth in this sector exceeding 17 GW to be in process by the end of 2026. It is unclear how or if this load growth (or any other) is considered in the above scenario planning.

While there has yet to be a heat event similar in magnitude to Uri, elevated temperatures in the first two weeks of May have already led to conservation calls in early 2022. Additionally, six thermal generators totaling ~2.9 GW of capacity went offline as the weather entered its hottest phase last Friday, ending Monday, May 16th. One bright note despite the thermal outages is that wind and solar resources performed well. These resources are complementary as solar tends to ramp up as wind ramps down, and their consistency contributed to lower-than-forecast real-time prices on several occasions during this recent heat wave.

What about other resources?

Above, I briefly mentioned emergency resources. In total, ERCOT anticipates nearly 2.9 GW of emergency resources to be available, although these are not all equivalent resources. Slightly less than one third of this total is the Emergency Response Service (ERS), a demand response program in which Leap participates. Due to a cap on funding, ERS remains within a range of 900 MW to 1 GW in ERCOT’s forecasts for future years.

Let’s compare this to a similar program in another market region. In NYISO, the ICAP SCR program is a similar emergency demand response program, which has seen participation around 1.2 GW over the past several years. NYISO’s peak load forecast for summer 2022 is 31,767 MW, not quite 41% of ERCOT’s forecast peak demand. If the NYISO’s program were to be sized similarly to ERCOT’s, it would only enroll 407 MW - instead, it enrolls roughly triple that capacity.

Batteries didn’t come up at all, due to their 0% rating in ERCOT’s estimation of available capacity. It would be useful to consider their contribution (positive or negative) in the context of one-off deficiency events as modeled in at least two of the seven scenarios.

Distributed resources need substantial attention in ERCOT, and it does appear that this is beginning to take shape. The recent set of questions promulgated by the PUCT in docket 51603 are a strong signal that many options are both on the table and being seriously considered to ensure cost-effective resource adequacy in ERCOT.

We agree that under normal system conditions and in most of the reserve risk scenarios that ERCOT examined, there will be sufficient installed reserve capacity to meet peak demand. However, having sufficient installed generating capacity is not necessarily the same as having sufficient online generating capacity to serve peak demands. Given what we’ve already seen this year, we’re skeptical that system conditions will be normal – or even that historical normal is still a good representation of the current normal. We’re also not convinced that the reserve scenarios that ERCOT examined represent a sufficient set of not-particularly-unlikely scenarios for higher than normal thermal generation outages.

We’re not predicting that the lights will definitely go out on the Lone Star State this summer, but we are predicting that even if they don’t, we’ll see a lot of market volatility and hear a lot of praying for stronger-than-forecast wind when margins are uncomfortably thin.

At Leap we are excited to work with ERCOT, the PUCT and other stakeholders to ensure that Texans have a resilient, cost-effective and equitable grid. We believe in a future of flexibility powered by connected devices and resources at all scales, requiring substantial insight into both the transmission and distribution system. In addition to participating in ERS, Leap has developed novel grid services programs within our partner-centric framework to defray costs and provide additional support to the grid in high-priced periods. This summer, Leap is launching new programs to provide real-time support to the grid and expand revenue opportunities for our partners.

Connect with us to learn more